Antibiotic resistance: Major risk factors that will threaten human survival for the next 50 years

According to a report published in the UK in 2016, ‘Antibiotic tolerance Countermeasures Committee’, 10 million worldwide will die of antibiotic-resistant bacterial infections in a year by 2050. It also reported that social costs could reach about one hundred quadrillion dollars per year.

Human beings have been continuously developing treatments to win the battle against pathogens. Humankind has effectively treated bacterial infections using antibiotics such as Penicillin which was discovered in 1928. However, indiscriminately abusing antibiotics, which have been used as a “panacea” and discontinuing a course of prescribed antibiotics caused the propagation of resistant bacteria. It eventually created a “superbug, the multidrug-resistant bacteria”(designated as ‘superbug’. bacteria that are not easily removed by antibiotics). The war between humans and bacteria has come to a new phase with the emergence of a superbug called 'NDM-1' in India 2009. If humanity cannot come up with a solution, it will be hard to avoid the catastrophic death of 10 million people annually in 30 years. Therefore, the World Health Organization (WHO), as well as international organizations and national health authorities, are making various efforts to provide continuous countermeasures.

Solutions for rapid diagnosis and infection control of multidrug-resistant bacteria 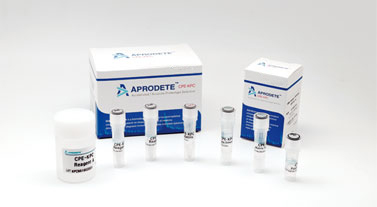 APRODETE™ CPE-KPC Kit (is a kit for identifying) identifies KPC-producing strains from CPE, which is a carbapenem-resistant intestinal bacteria, by MALDI-TOF analysis. You can check the results of your identification within 15 minutes using the primary culture of a patient-derived bacterial colony. 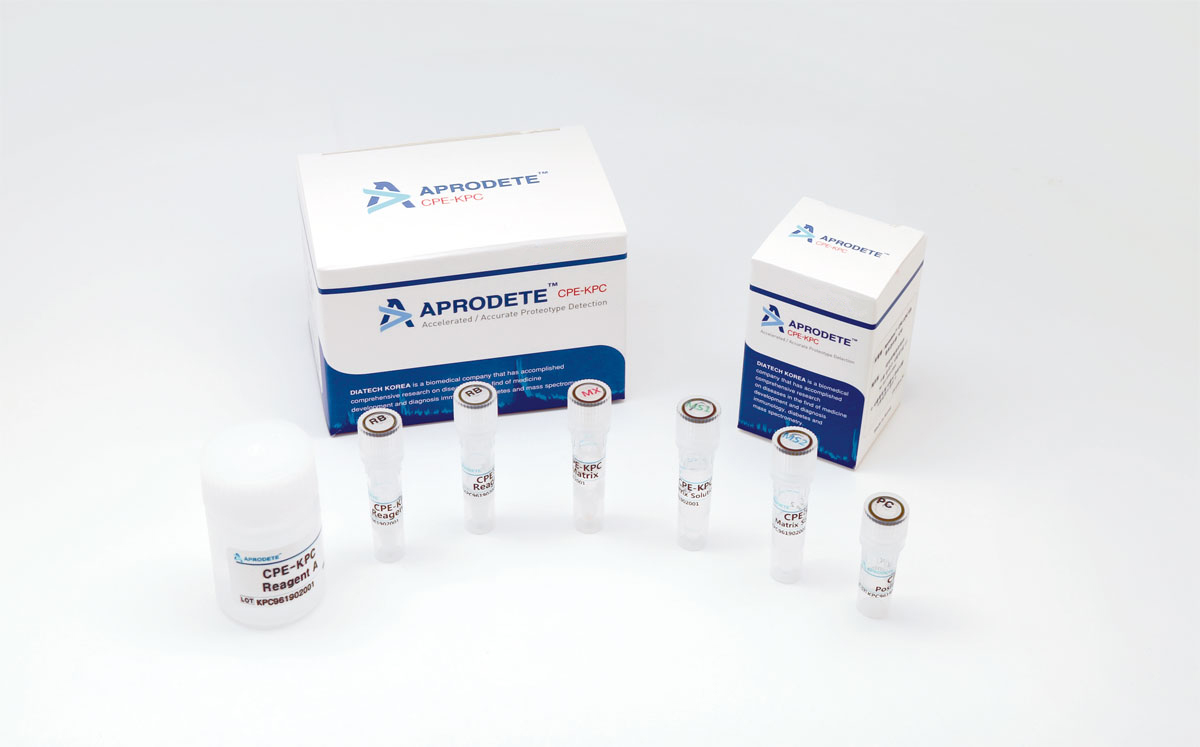 The APRODETE™ CPE-KPC Kit is a diagnostic kit for gram-negative intestinal bacteria that diagnoses carbapenem antibiotic resistance. It is a diagnostic kit to check the presence of carbapenemase KPC gene among carbapenem antibiotic-resistant microorganisms. The pretreated sample using APRODETE™ CPE-KPC Kit can be measured by Bruker MALDI-TOF equipment for identification of microorganisms. We provide a kit-specific AP Viewer program which can easily determine the result of analysis with KPC positive or negative.

Accelerated screening test You can check the test results within 15 minutes (It takes approximately 1 hour to process 20 samples simultaneously).

Easy to use The inspection process is simple, and the readings can be checked with dedicated software. 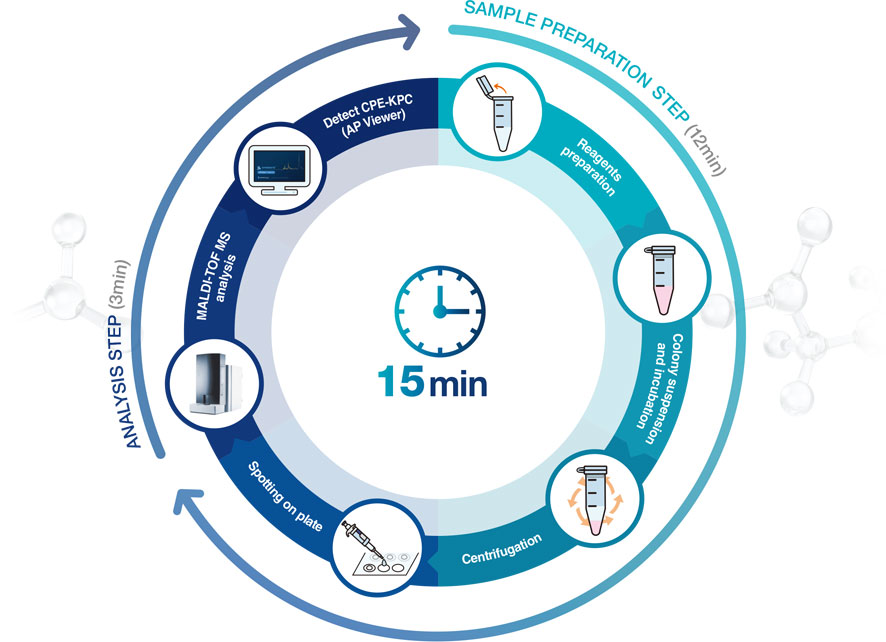 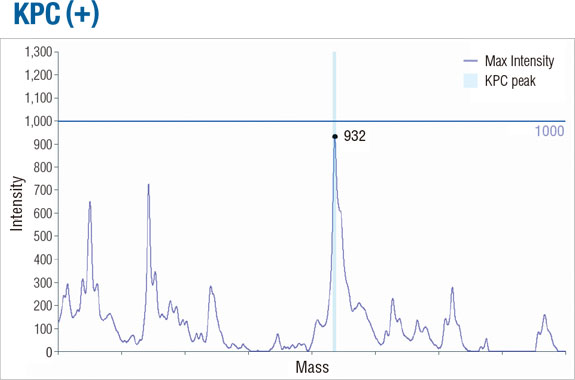 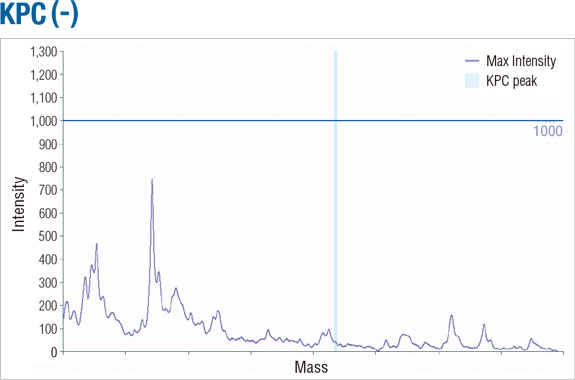